‘Insidious’ fame-director James Wan directs the seventh instalment of the ‘Fast and Furious’ franchise. As it is the big release of this holiday season, it has been keenly anticipated by the audiences. I have not yet seen the film. However, many critics, friends and relatives’ responses have generally been positive. So let’s take a look at what makes ‘Furious 7’ a good watch!

Since the release of the Divergent series’ ‘Insurgent’, there has not been a BIG Hollywood release which was keenly awaited. The ‘Fast and Furious’ series is one of the popular franchises in Hollywood. Plus being the Easter Holidays, a big-budgeted film like ‘Furious 7’ would DEFINITELY be watched by a mass number of audiences!

The tragic and unfortunate news of Paul Walker’s death in 2013 shocked us all. As such, his legacy as one of the lead protagonists in the ‘Fast and Furious’ films continues in the 7th instalment. As such, the ending of the film is particularly emotional. Undoubtedly, Paul Walker is deeply missed. 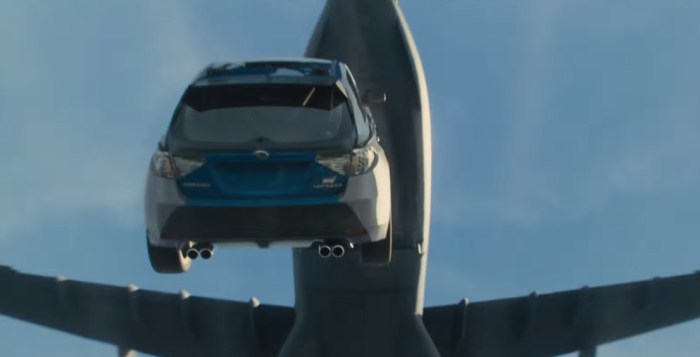 Ever wondered how cars with in-built parachutes fly out of an airplane? Well, Furious 7 puts this imagination on celluloid. Apparently, the are more bigger and action-packed stunts in comparison to prior films in the series. In fact, the stunts are deemed to be too good to be true!

Statham made a cameo appearance in the sixth instalment as Deckard Shaw, the brother of Owen Shaw (Luke Evans). After Owen is killed by Dominic (Vin Diesel), Deckard oaths to avenge his brother’s death and has therefore becomes the antagonist. His performance has been praised which makes the film a must watch!

After directing several successful horror movies such as: Saw, Insidious and The Conjuring, James Wan steps into the shoes of usual Fast and Furious director, Justin Lin. It would be quite interesting to see how a horror filmmaker like Wan takes the driver’s seat for a high-octane action movie like ‘Furious 7’!

On the whole, ‘Furious 7’ seems to be a must watch during this Easter holiday. The positive feedback from various people has motivated me to watch the movie, el pronto! Plus, after all the hectic revision for exams, the film will be a great break. Furthermore, it is possible that ‘Furious 7’ might gear us for the real race, called life. So, let’s fasten our seatbelts!

Indian Entertainment: Why Are The #MeToo Accused Still In Prominent Positions?

Indian Entertainment: Why Are The #MeToo Accused Still In Prominent Positions?

Bigg Boss 16: All You Need To Know About India’s Big Brother

Ali Zafar: “I would stay away from projects that objectify women”

Sadak 2 will release on November 2019